We’re absolutely devastated to share the news that the local wolf known as Stakaya, who inhabited the Discovery and Songhees Islands just off Victoria before being captured in downtown James Bay and then relocated at the end of January, has been killed by a hunter.

For the past eight years, on the group of islands that lie just 3 km southeast of Victoria, we would scan hopefully along the shoreline for a glimpse of our favourite coastal wolf. For some of us, he was our “white whale” — that bucket list sighting we never managed to catch. Others on our team managed to spot him on many occasions, and we share their photographs of Stakaya with you here.

During this time when we’re feeling such sorrow over this senseless death, we encourage you to learn more about the issue of wolf conservation in BC and what you can do to help.

We’d rather not go into the details about how easy (and affordable) it is to acquire a hunting license both for BC residents and non-residents alike, or the fact that any licensed hunter can take three wolves per season on Vancouver Island using a shotgun, rifle or crossbow from Sept 10–March 31 and April 1–June 15. Or the fact that this well-known wolf had a very obvious bright yellow ear tag.

We also won’t go into detail about BC’s wolf culls, against which the BC SPCA has taken a stand (you can read more about this in the links below).

Instead, we’ll leave you with a few organizations that are working hard to change BC’s relationship with wolves. We hope you’ll help us in supporting these campaigns.

Since so many of us are at home in self-isolation, why not use this time to your advantage to learn a bit more about the issues and take a few moments to write to our MLAs and tell them why supporting BC wildlife is important to you.

It’s our sincere hope that we can use our anger and frustration over Stakaya’s senseless death to mobilize people to action and effect change in current regulations so that one day, wolves and other animals will be better protected in our province.

END_OF_DOCUMENT_TOKEN_TO_BE_REPLACED 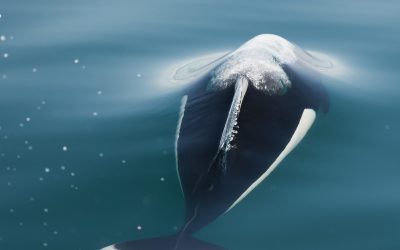 Dall’s porpoises—they’re lean mean speeding machines. Known for its agility and playfulness, this species is often mistaken for a harbour porpoise or a baby killer whale. Since they seem to be lesser known than their other Salish Sea friends, it’s time to shine the...

END_OF_DOCUMENT_TOKEN_TO_BE_REPLACED 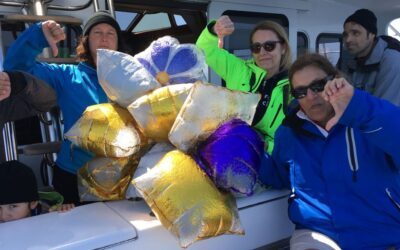 Balloons blow! What goes up, must come down!

There’s a looooong list of things we always hope to see in Victoria: whales, porpoises, seals and sea lions, sea otters, eagles, an incredible variety of seabirds, and of course the fabulous scenery. But there’s one group of items we’d like to permanently cross off...